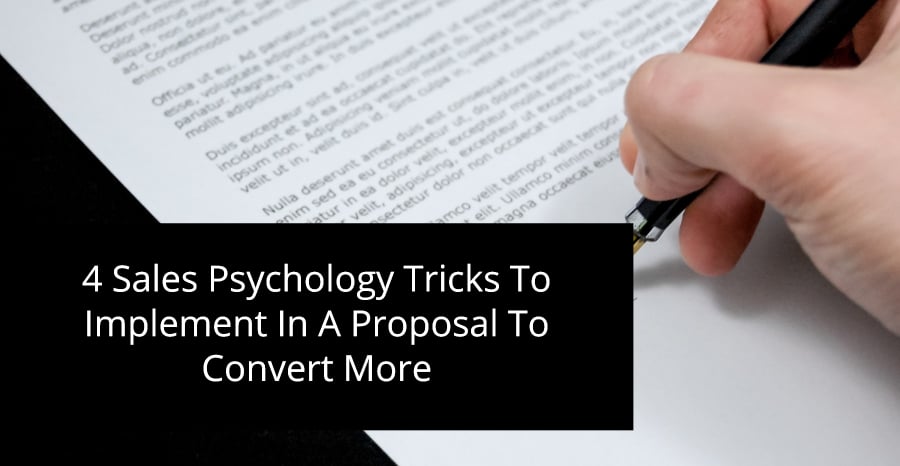 Conversion optimization is both an art and a science. Understanding the psychology behind why customers eventually convert helps you draft better business proposals and eventually leads to more deals closing.Whether you are an upcoming startup or an established enterprise, getting the prospects to move through the various stages of your sales pipeline and getting them to convert is the ultimate aim of your business strategy.You may have your SaaS website optimized for conversions, put efforts into SEO, CRO and paid advertising, invested in one of the top CRM companies, but unless you understand the psychological principles that affect human decision making, your effectiveness in closing deals is likely to be limited.Once the lead moves through the various stages of your sales cycle and becomes a qualified prospect, drafting and sending out proposals to them in the hope of a favorable response is common practice. Instead, if you want results, work on drafting a proposal that incorporates psychology principles and helps you close more effectively.Here are 4 sales psychology tricks that you need to implement in your proposal to help you bring in more conversions and successfully close more deals.

Using industry-specific language and technically heavy words while drafting a sales or marketing proposal is a common practice but it may have a negative effect on the conversion rates. You may think that including jargon in the proposal may make you appear smart and knowledgeable, but in reality, it just makes it more difficult to comprehend by the leads.Words that are easier to say are psychologically considered more trustworthy by the readers. Things that people are already familiar with are generally considered safe.Difficult words comprise new stimuli to the prospects which are generally associated with uncertainty and risk. A proposal that is littered with unfamiliar jargon just ends up making you appear untrustworthy to the prospects.Use conversational language in the business proposals. Tailor your message in such a way that it is easily comprehensible by the reader so that it instills trust and boosts the chances of conversion.

Saying “do not sell” when drafting a sales proposal may seem counterintuitive but is insanely effective when it comes to conversions. The proposal that you send out should never focus on you or what your offering is. Focus on the value that you can provide and benefit the prospects would get on saying yes to your proposal.Focus on the prospect’s problem. Elucidate how your offering can help them with it. The end goal isn’t simply closing the deal, it’s laying a strong foundation of trust and building a relationship.Keeping the ‘about us’ section the focus of your proposal is the definitive way to get shot down by the prospects. Instead of including it in the initial section of the proposal, make it a more natural fit. Use social proof and relevant industry experience as a means of building trust in order to bring in conversions.The proposal needs to be conversational and should aim at discovering whether both the parties are a good fit for each other. It has to determine whether it would be mutually beneficial and potential advantages to the prospects. You do not want your sales reps to bide their time chasing prospects that aren’t qualified and aren’t likely to convert.

3. Limit the choices available to the prospects

Analysis paralysis is a real thing. If you are offering too many choices to the prospect, chances are he/she would bail out on making a decision. If your product or service offering comes in a number of variations, narrow them down to a more manageable set of options.The best example of the psychology behind multiple options is the famous jam jar case study by a professor of Columbia business school. When customers were offered 24 options of jam flavors, more of them stopped by but the actual sale was only 3 percent. In contrast, when the number of choices was reduced to 6, lesser people stopped by but the conversion percentage was 40 percent.While drafting the sales proposal for the prospect, it is always better to limit the number of options that you present in order to facilitate decision making and avoid the paradox of choice. If your offering comprises of two or more similar offerings, merge them into one. Bundle up your choices before making the proposal and ensure that the prospects don’t end up swamped with options to pick from.

The budget is always given prime consideration when drafting a sales proposal. While it is essential that both the prospective customers and your sales team are at a consensus and are within the same ballpark as far as pricing is concerned, a psychology-backed pricing strategy included in the proposal is effective at tilting the deal in your favor.Break down your prices and make clarifications wherever necessary about the scope, inclusions and exclusions of the project. Anchor pricing is a popular and effective pricing strategy when designing a SaaS website. Many successful products have employed this in the past as well.The prospects are presented with three different pricing options to choose from. The highest priced tier makes the middle-tier appear much more affordable and valuable. This wouldn’t work in case only two options were presented because then the same price would seem like a costly deal.An effective pricing strategy combined with loss aversion technique which triggers the purchase decision is a proven formula for bringing in conversions. Tailor your proposal pitch that provides value by giving the prospect a solution to a situation that they may be facing. Using persuasive pricing with a stellar product offering is the ultimate key to successful sales. 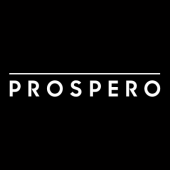 How to write a short proposal? 10 Steps to do it perfectly

How to Write Killer Sales Follow-Up Emails that Close Deals 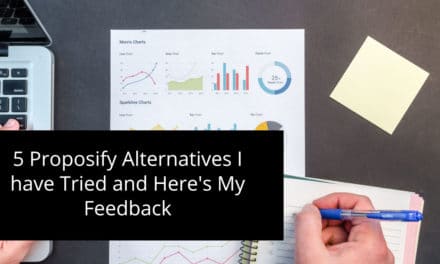 5 Proposify Alternatives I have Tried and Here’s My Feedback 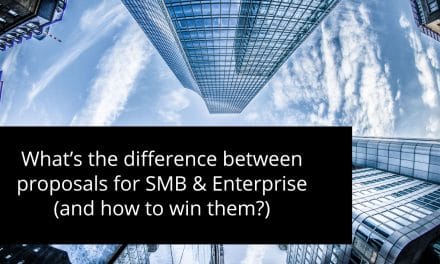 What’s the difference between proposals for SMB & Enterprise (and how to win them?)